Drive over 1000km on one of the most scenic routes in the world, from San Francisco’s Golden Gate down to Santa Monica’s golden beaches. 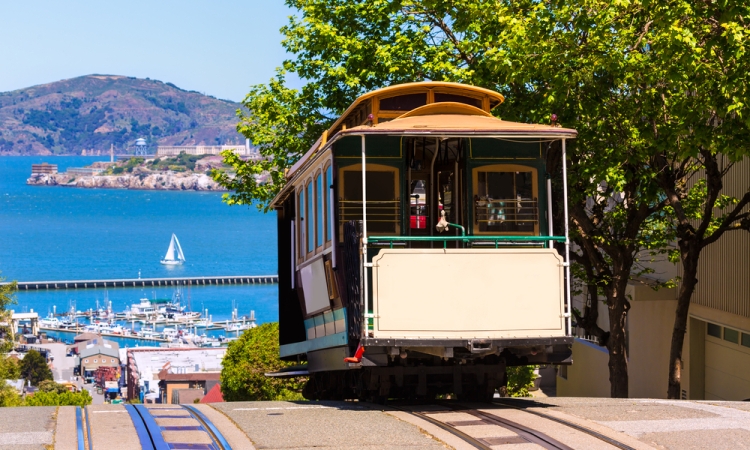 Upon arrival at San Francisco International Airport a representative will greet and transfer you to one of the city’s most iconic boutique hotels, the Scarlet Huntington, where you will spend four nights on a bed and breakfast basis.

San Francisco remains one of the most visited cities in the world, renowned for both its cultural dynamism and breathtaking natural surroundings. Begin with a stroll along the marina, which offers fantastic views across the Bay and the city’s most famous attraction, the Golden Gate Bridge. If you’re feeling adventurous, climb the quaint wooden staircases on the eastern side of Telegraph Hill, passing through serene gardens, until you reach Coit Tower and its stunning viewpoint over the city skyline. Other famous attractions include Chinatown and Fisherman’s Wharf, from whose docks depart tours around the harbour and Alcatraz Island, the location of the city’s defunct, yet infamous, maximum security prison. 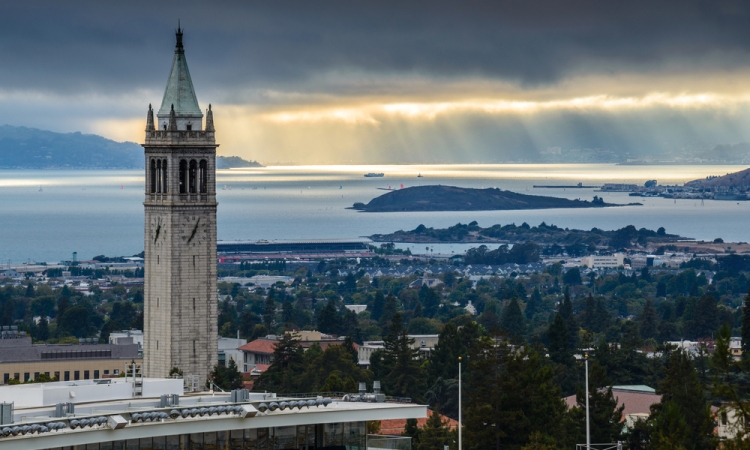 Today, you’ll cross the 4.46 mile San Francisco-Oakland Bay Bridge, along Interstate 80, and head into Berkeley. Here, you’ll be spending two nights in the Hilton Hotel Berkeley Marina, which complements its upscale services with beautiful views across the Berkeley Marina and the wider Bay Area.

Berkeley is famous as a hub for social and political activism that stems from the upheaval that occurred in the late 1960s, but which has an enduring presence, thanks in no small part to it being home of the renowned University of California. Student-led tours of the university’s campus offer great insight into its rich history, while the city’s Art Museum, also run by the university, has an eclectic collection from ancient Chinese through to contemporary. Berkeley is also a city famed for its culinary delights, with a fantastic range of restaurants able to cater for both those happy to splurge, and those looking to save. 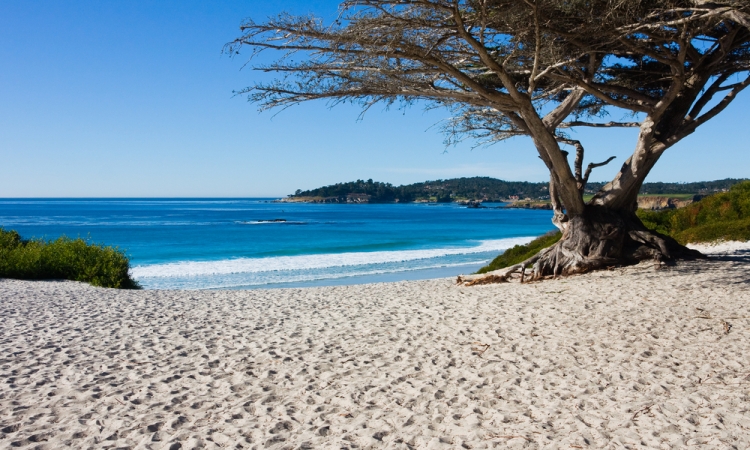 This morning you’ll make the 130 mile journey south to Carmel, where your home for the next two nights will be the Carmel Mission Inn, whose grounds, set within tranquil gardens, are located just over 2 miles from the sea.

Carmel (aka Carmel-by-the-Sea) is noted for its sweeping white sandy beaches, picturesque Californian scenery and its small, exclusive feel. Clint Eastwood once served a term as mayor here from 1986-1988. You can stroll down the main street, Ocean Avenue, and follow its meandering path down to the pristine sands on Carmel Beach. You should also visit Mission San Carlos Borromeo de Carmelo, which is perhaps the most beautiful mission established in 1771 by Father Junipero Serra. Other highlights include the Point Lobos State Natural Reserve and the historic open-air Forest Theater, which during summer months hosts musicals, comedies and films under the night sky. 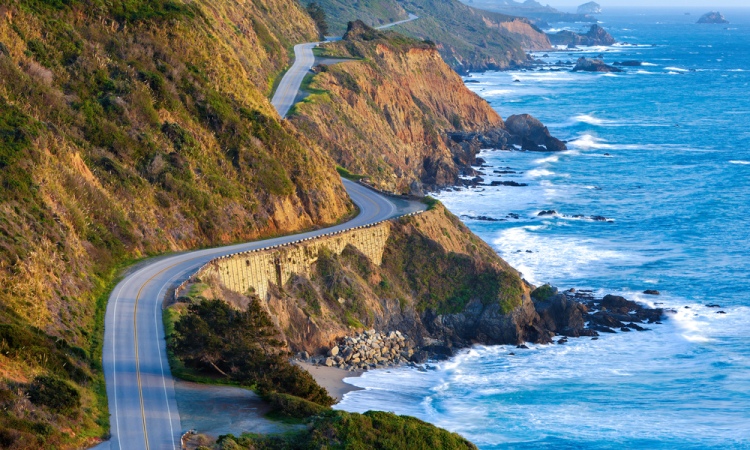 Today you’ll be taking in the dramatic Pacific coast along Highway 1, crossing over the famous Bixby Bridge. Although it was built in 1932 with the serious aim of reconnecting stranded Big Sur residents during the harsh winter months, today it is heralded for its impressive design and beautiful surroundings. You will then enjoy a cliffside lunch in Big Sur.

After lunch, you will travel 65 miles further down the coast, stopping at Ragged Point, before making a final stop at Hearst Castle. Once owned by newspaper magnate William Randolph Hearst, the castle (more accurately a collection of highly ornate mansions) grew to prominence in the 1920s and 1930s for its exclusive setting, with only the most illustrious Hollywood and political elite, including Winston Churchill, receiving an invitation.

Your final journey will take you to Pismo Beach, where you will stay at the SeaCrest OceanFront Hotel. You can relax and watch the sunset from the pier before turning in. 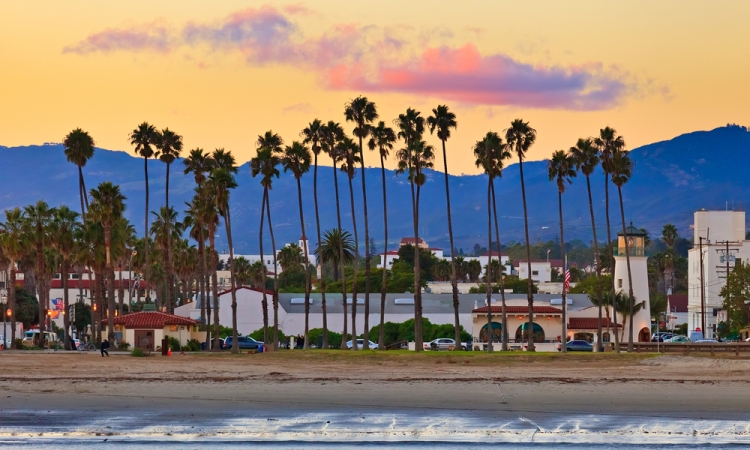 After breakfast the next morning you will travel a further 80 miles south to Santa Barbara, where you will spend the night in the Upham Hotel & Country House. Known as “the Riviera of the West”, Santa Barbara offers stunning white sand beaches, the most famous being East Beach, as well as pristine golf courses and high-class wineries. There’s also plenty of history contained within Stearn’s Wharf, which has a fantastic view at the end of the pier, and the Santa Barbara Mission, which take their place among a wide selection of shops and restaurants. 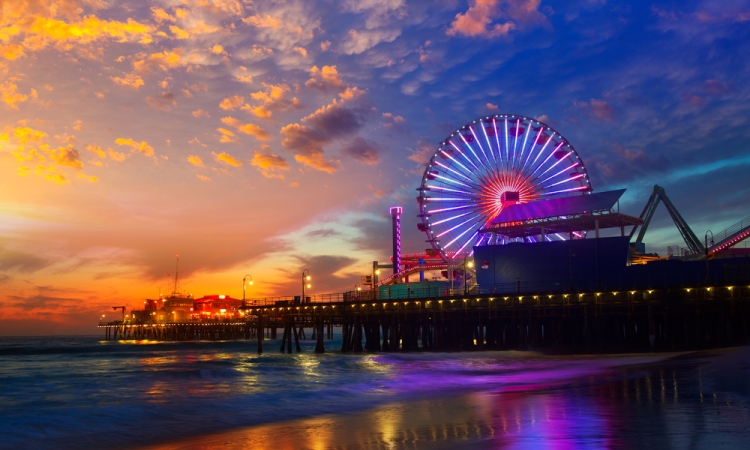 Today, you will make your final journey down into Los Angeles County, where you will be spending four nights in Santa Monica at the Shore Hotel.

Santa Monica is a great base from which to explore the Los Angeles Country area, with a fantastic range of urban shopping districts and restaurants. You can spend a day or two exploring Santa Monica Beach and the Pier, heading down to the famous Venice Beach, before spending the last couple of days in downtown Los Angeles. The spiritual home of the entertainment business, Los Angeles has many attractions besides the obvious. For less crowded beaches, you can take a day trip to Catalina Island, and we’d recommend watching live music under the stars at the Hollywood Bowl. 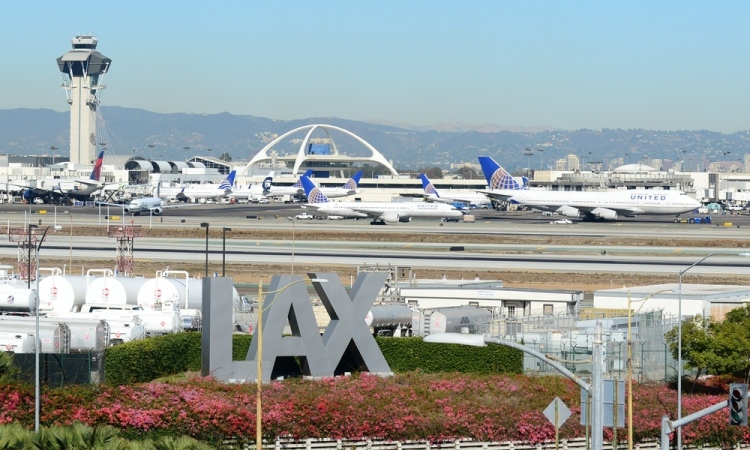 Today, you will be transferred from the hotel to Los Angeles International Airport to catch your flight home to London.